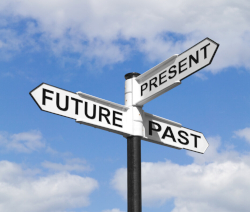 We’re a bit over a year into the pandemic.

Some people are struggling.

Some people are coasting.

Some people have found silver linings – and some of them feel guilty about that.

Some people are nostalgic for how things were. Interestingly enough, though, they’re a significant minority. Most people do not want to go back to How Things Were.

The people who are struggling aren’t always the ones you might expect.

Of course there are those who have no idea how they’ll pay the rent or the mortgage, and are lining up at food banks and wondering what will happen when the water- and electricity-shutoff moratoriums end. And that’s awful and, frankly, should not be happening in a country as wealthy and generally advanced as ours.

And there are others who still work at good jobs and have income and food security, whose families have stayed healthy, who have been able to take appropriately-distanced walks with friends, and so on … and they’re still feeling like their lives have been pulled – yanked! – out from under them.

There is no going back to those past lives.

And where we are today isn’t how it’s going to be forever. (Of course, “today” is never how it will be “forever,” but this is the first time we’ve been smack up against that reality in an undeniable way.)

Instead of judging things as “better” or “worse” than before, or than they will be, why not just look at all of this as different?

And remember that the person next to you – whether digitally on a Zoom call, or literally six feet to your right or left – may be struggling, even if they don’t look like they are, or even if, according to your perception of their circumstances, they “should” be okay.

We’re gradually emerging from this time. What will come next will be different than it was before – and we still don’t know what that will be.

What's next will be *different*. We're not going back. And how we go forward is up to us. What choices are you making? What choices will you make?Click To Tweet

Which means we have the direct and immediate opportunity to shape “next” in ways that create a more humane, just, and equitable world.

Leadership is how you show up. It’s not your title or your role. What IS leadership, anyway?

Just because we’re coming out of a time of massive change – doesn’t mean we’re not still facing a lot MORE change. My course Change Leadership: strategies for success could be helpful. Take a look!