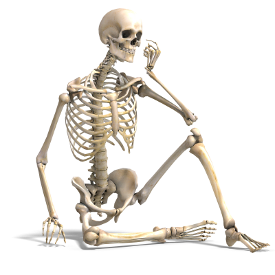 “So, I’m going to tell them that I know this has been hard for them. I understand how the disagreements we’ve been having have triggered a lot of unpleasant memories of things that went badly wrong under past leadership. For instance, I know Sam really feels – ”

My client and I were planning an upcoming meeting with his leadership team. They’d been struggling with communication breakdowns, significant disagreement about business direction, frustration on all sides, and a lot of pent-up anger released in less-than-helpful ways (to say the least).

My client was just as frustrated and, yes, angry as the rest of them, yet he also saw that as a leader, it was his responsibility to begin the healing process. He was outlining what he wanted to say in an important meeting scheduled for the next morning.

So why was I asking him to stop?

Because he was about to go too far in his explanation.

In attempting to demonstrate that he truly understood and empathized with their frustration, he was going to do what most of us tend to do: step across a subtle line from understanding  into telling and over-explaining .

Especially in times of conflict, we all make up stories about what other people think and feel; it’s natural, and when we’re conscious and intentional about it, we can develop insight and empathy.

The challenge comes when we start believing that those stories are actually true, especially when we add in lots of detail. If we use those imagined details in conversations with them, we run a real and serious risk of alienating them even further.

“Give them just the skeleton of your perception,” I told my client. “Give them just enough so they feel your understanding and empathy. Then they’ll experience an internal sense of ‘yes’ – they’ll be agreeing with you, even if they don’t say anything out loud.”

He was nodding, and I went on.

“If you give them too much detail, you run the risk of being wrong in your estimation of what they’re feeling – and then they’ll move from that internal ‘yes’ to a much louder internal ‘no!’ and right back into all the frustration and anger. And you’ll be worse off than you were to begin with.”

Whatever the situation may be – whether it’s a conflict, as in this case, or a marketing message, or any situation where you think (a.k.a. believe) you know what someone else is experiencing – the best way to demonstrate your understanding and care is to give your audience just enough information for them to agree with you. They’ll add in the details for themselves; you don’t need to provide them, and you shouldn’t provide them.

Or, as I said to my client, “Give them the skeleton. They’ll put the clothes on from their own experience. And they’ll feel much more understood and empowered than if you try to dress the skeleton for them.”