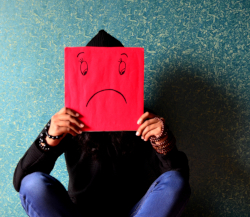 I once worked with someone who was, let’s say, an extreme health enthusiast. He ran marathons for fun, and ate raw garlic for his immune system and cholesterol.

He was smart and good at his job … and we all thought he was probably an interesting person, but no one wanted to get close enough to find out.

A colleague had a similar, albeit less aromatic, challenge: how to let an employee know that their job focus needed attention: they were coming in late, leaving early, and spending way too much time on personal phone calls.

Whether it’s a personal or professional issue – garlic or time management – giving someone feedback about their behavior is tricky, to say the least. It feels delicate, embarrassing, and potentially offensive.

Nonetheless, it has to be done. Here are six steps to take.

Step #1: Deliver the news in private

No one should have an audience when they’re being given constructive feedback of any sort, especially when the feedback is about a personal or behavioral habit.

If your office doesn’t have a door that closes – or it’s a “fishbowl” with windows on the world – find a space where you can deliver the news without watching eyes or listening ears.

The “feedback sandwich” is an outdated and ineffective way of giving corrective feedback. The idea is that by stating a positive first, then describing the desired behavior change, and ending with a second positive, you’ve set someone up to be receptive, and left them feeling okay about themselves.

But when the constructive feedback is in the middle of two “attaboy” or “attagirl” statements, it dwindles into insignificance. And as much as we’d all love to help everyone feel great about themselves all the time, when we want someone to do things differently, they need to feel at least a little remorseful about what they’ve been doing.

So skip the sandwich!

Start out with, “I’m sorry, but you’re not going to like what I’m about to say,” or, “I’m afraid I have something challenging to discuss with you.”

No one enjoys being blind-sided by bad news. When you prepare them in this way, they’re, well, prepared. In most cases they’ll actually over-prepare, anticipating the worst. Then, when you tell them what’s actually on your mind, at best it will be a relief, and at least it won’t be coming out of the blue.

We all know not to make it about the person – but when it’s a behavioral issue (“you stink of garlic!” or “you’re always late!”), it can be hard to avoid.

Writing down the facts ahead of time can help.

“When you eat raw garlic, it’s hard for people to be around you because of the smell.”

“For the past three weeks, you’ve come in at least half an hour late, and left at least 20 minutes early, every day.”

These are facts, not character flaws. Because of that, they’re hard to argue with – and less likely to be offensive or cause hurt feelings.

You delivered the facts, now you need to describe success.

“I need you to arrive on time at least four out of five days, and leave early only if you’ve gotten permission to do so.”

Set a specific deadline by which the behavior needs to change, and confirm that they understand what they need to do and are on board with doing it.

Because you’re sticking to the facts, both in terms of what’s currently happening and what you want to have happen, they have very little room for pushback. (What to do if they do push back is a subject for another day.)

Phew. The hard part is over – and now it’s tempting to dust off your hands and move on with all the other things on your to-do list.

But you still need to monitor and follow up. Did they actually make the change you asked for? If so, recognize them for their effort. If not, you need to escalate – and depending on the seriousness of the issue, perhaps initiate a performance improvement plan.

Want to learn more about dealing with challenging employees and difficult management situations? Check out my video playlist on Managing Difficult Employees at http://bit.ly/HowToManageDifficultEmployees!