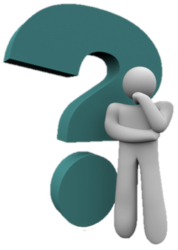 Many people will answer “no” to that question. No, they say. Management is management, and leadership is leadership, and the two have different objectives and different activities.

A lot of opinion on the internet reinforces that point.

I disagree, which won’t surprise anyone who knows me.

If you have at least one person reporting to you at least some of the time, you can’t be a good manager without also being a leader. It doesn’t matter what your official title or role may be: when you’re responsible for an employee, even if only some of the time, you need leadership skills if you want to succeed.

If you don’t have anyone reporting to you, ever, then maybe you’re not a leader. But don’t kid yourself: people who aren’t officially managers are often leaders nonetheless – if not at work, then at home or in the community.

As a manager, you need your team to do what you ask them to do in order to accomplish something.

As a leader, you need to motivate and inspire your team to do what you ask them to do in order to accomplish something with excellence.

Peter Drucker, the late, esteemed management consultant, educator, and author, wrote, “One does not ‘manage’ people… The task is to lead people. And the goal is to make productive the specific strengths and knowledge of every individual.”

People continue to cling to this perceived distinction between management and leadership. But what they’re not noticing is that it arose out of industrial-era needs that are no longer relevant in today’s knowledge economy. A manager on an assembly line wasn’t interested in their team’s professional development or in employee engagement. They were simply interested in getting as much stuff put together as effectively and efficiently as possible, with as few mistakes as possible.

That’s management, not leadership. And I guess it’s still relevant for assembly lines.