I wrote this article for my LinkedIn newsletter The Leadership Leap. I don’t typically cross-post LinkedIn articles here on my blog, but this is an important topic, so I felt it deserved to be here as well as there. See the end of the article for links to subscribe to the Leap.

There’s nothing “micro” about an endless stream of subtle abuse, whether it’s racist, misogynistic, homophobic, transphobic, or any other form of derogatory and exclusionary behavor. 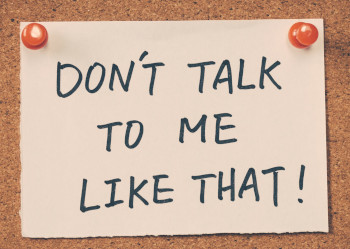 It’s a death by a thousand papercuts.

Nibbled to death by piranha minnows.

Psychologically and emotionally squashed, as medieval torture devices squashed someone physically by adding a small stone, one at a time, over and over again, to a board laid on their body. Until they couldn’t breathe.

And the gaslighting that ensues!

I remember very early in my career, having just received a promotion, being asked by a (male) teammate – “What, no tears? I thought you’d cry!” Really?

Later in my career, I was told by a (male) manager not to interrupt in meetings. I’m sure you can guess how often the men in those meetings interrupted others, especially other women.

And that’s just a few examples that I encountered, as a straight, white, cis woman. Imagine, if you can, what people of color and / or LGBTQ folks experience.

I once knew someone who swore that all humor pokes fun at someone.

I strongly – vehemently – emphatically disagree. I get people to laugh all the time without poking fun at anyone. In fact, a client recently completely LOL’d at a sneaky pun I made. We were talking about whether he could trust his gut feeling; my comment was that he has enough relevant experience under his belt to make trust reasonable.

Humor that pokes fun at someone isn’t funny to me. I know it is to many, but I find it upsetting. And when we’re talking about humor around any issue related to bias, discrimination, or inequity, it’s even more emphatically unfunny.

Calling these subtle-but-painful comments “micro” is in and of itself gaslighting.

It diminishes the very real impact of what is, in actual fact, abusive.

Whether or not someone intends abuse doesn’t matter, as hard as that may be to accept. It’s the impact that matters, not the intention. (We all know where good intentions lead, right?)

And whatever your place in the hierarchy of privilege – even if you’re a straight, white, cis man – I’m sure you’ve had times (maybe in high school?) when someone said something that hurt. And your mother’s recital of that old, so-very-wrong saying, “Sticks and stones may break my bones, but words will never hurt me,” didn’t help.

Words can be blows.

Neuroscience informs us that emotional pain registers in the exact same centers of the brain that register physical pain.

An emotional blow – an insensitive comment – feels the same as a physical blow.

So much for sticks, stones, and words.

As Maya Angelou wisely said, “I did then what I knew how to do. Now that I know better, I do better.”

And if you need help knowing better, I highly recommend Ruchika Tulshyan’s LinkedIn post on this subject of microagressions, which inspired me to write this article. In it, she links to her HBR article that goes into much more depth. She is also, of course, the author of the valuable book, Inclusion on Purpose: An Intersectional Approach to Creating a Culture of Belonging at Work.