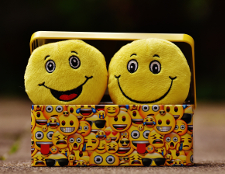 Do you bounce out of bed every morning, eager to get to work?

Congratulations, if so. And if so, I’ll hazard a guess that either you have a great boss, or you work for yourself.  (Or maybe both, eh?)

I’m not talking about the inevitable really-rather-not tasks that even those of us with great bosses have to do. Setting that aside, why isn’t work more fun?

Okay, that’s no surprise. You don’t need studies and statistics to tell you this (though there are plenty of both out there if you want them).

You’ve worked for someone, so you know your boss makes the difference between whether you feel like going to work, or calling in sick.

Why aren’t we doing a better job of making good leaders?

The fundamental problem is what’s often referred to as the Peter Principle: the idea, presented in the book of the same name, that individuals are promoted through the ranks until they reach their level of incompetence.

In other words, until the skills that got them here (to their most-recent promotion) won’t get them there (to success in this new role).

(The weird thing is that although the book The Peter Principle was published in 1969 (which you’d think would be long enough ago that something would have changed by now), the concept was first discussed in the 1700s. Geez.)

This is glaringly obvious when someone is promoted from team member to team leader.

As a team member, you’re responsible for executing on a task list. Those tasks may well be challenging and important, even crucial, to your employer’s success, but it’s simply tactical work for which you’re directly responsible. You – and everyone else – can clearly see whether or not you’ve done what you’re supposed to do.

As a manager and leader, you have a whole new, very different, and much less black-and-white set of responsibilities. Leadership is an endless gray area, highly subjective, and not directly task-oriented.

Trying to approach leadership and management in the way you’ve been successful up till now – as a series of tasks to be executed – doesn’t work. You’ll tend to micromanage, fail to delegate, and struggle to communicate. And since you’ve almost certainly never been exposed to strategy – strategic awareness, strategic thinking, strategic planning – you’ll frustrate your new managers (who expect leaders to understand strategy), and find yourself feeling less and less competent to do the job you were so excited to be given.

Meanwhile, your team will feel less and less inclined to come to work.

It’s not your fault

If all this sounds familiar, either for yourself, your current (or former) boss, or someone you know – it’s not your fault, or theirs.

The fault lies with the mid-level and senior leaders who fail to understand the gap between individual contribution and leadership.

Or maybe they just figure they had to fumble their way through, so why shouldn’t you?

Possibly they don’t realize or remember the depth and severity of the struggle and its impact on everyone, not just the individual leader.

But it IS your responsibility

It’s up to you to take control of your career and your destiny as a leader.

If you want the role, then learn to be good at it. Don’t settle for stumbling around until you somehow “get it.” Take responsibility for learning and growing into the type of leader you’re proud to be.

This quote from Andy Grove, co-founder and former CEO of Intel, says it all:

As a middle manager, you are in effect a chief executive of an organization yourself … As a micro CEO, you can improve your own and your group’s performance and productivity, whether or not the rest of the company follows suit.”

Whether you’re currently in a leadership role, or you aspire to be a leader, don’t leave your learning and support in anyone else’s hands. It’s up to you to take control of your career and your destiny as a leader.