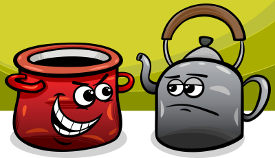 “Sticks and stones may break my bones, but names will never hurt me.”

It’s a familiar refrain we learn from our parents as children, meant to soothe the pain of being called nasty names by playmates.

However, if you’re like most of us, you’ll remember that it wasn’t particularly effective either in helping us feel better or in stopping the name-calling.

The reality is that nasty names really do hurt – quite literally. We know now from brain imaging and neuroscience that emotional pain impacts the same areas of the brain as physical pain, and the experience is just as harrowing.

It would be nice if this were irrelevant to us as adults, but unfortunately – it’s not. Name-calling, also known as ad hominem attacks, are almost as prevalent in the office as they were on the playground. Applying the Latin term may make us sound more sophisticated, but the actual experience is still painful and, in truth, not a whole lot more mature.

Ad hominem: it simply means referencing the person instead of a specific action or idea.

Someone makes a mistake. “I can’t trust you to do anything right!” is an ad hominem statement.

Someone has an idea with which you disagree. “I can’t believe you’re stupid enough to think that will work!” is an ad hominem statement.

Not only do the negative names hurt (and therefore instantly shut down receptivity in favor of defense), but there’s no way for someone to understand what should change in order to be more acceptable.

Correcting mistakes requires training, focus, and/or greater attention to detail. These are all teachable, coachable skills – but they won’t be learned if someone is called “untrustworthy.”

Brainstorming ideas requires an open mind for all involved as well as information about the context within which ideas might be put into execution (resources, time frames, market conditions, etc.). Calling someone “stupid” when they are, in fact, merely uninformed doesn’t help them learn; instead it teaches everyone to avoid innovation and creativity.

Even in those instances where an employee is a misfit for the organizational culture and objectives, calling their character into question is neither appropriate nor helpful.

And yet, if we’re to be honest, we see it all the time (and maybe even do it ourselves, even if only in the privacy of our own thoughts).

It takes effort to understand where someone is coming from and what information or skills they lack, and then offer training, coaching, mentoring, or other assistance to help them improve.

It’s a lot easier to label someone – in our thoughts or out loud – as stupid, incompetent, or untrustworthy.

But that doesn’t feel good to anyone. Equally important, it doesn’t improve anyone’s chances of success, from the individual to the team and all the way to the organization itself.

And then you can impress them with your knowledge of Latin even as you coach them (and yourself) to do better.