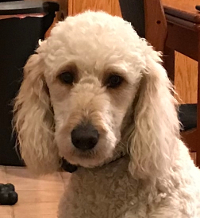 I usually do this, but I was busy, so I delegated.

With a certain amount of anxiety. Because, as all of us who delegate know, there are many potential pitfalls. After all, we’re the ones who know how to do the task correctly – right?

And sure enough, there were plenty of missteps.

But let’s look at the reality.

Why is this relevant to leadership?

Show me a leader, and I’ll show you someone who’s struggled with delegation at some point.

Whether it’s the pervasive belief that “It’s easier to just do it myself” or “They won’t do it the way it’s ‘supposed’ to be done” or “I don’t have time to teach them how,” every leader finds reasons to hang onto tasks that someone else could – and probably should – be doing. (There may also be a subtle, possibly subconscious, territoriality going on: if I give up this task, do I become less relevant and important?!)

But part of the job of being a leader is to develop your team. And that means challenging them. Which, ultimately, means delegating tasks that they need to stretch into and learn.

Yes, you may need to teach them how.

But the time spent now will be saved – exponentially – in the longer term.

Yes, they’ll almost certainly do it at least a little differently.

But as long as the end result is good, do those differences matter? Really?

In the end, Bonnie was happy because she got fed. And that was the outcome we all wanted. The rest of it? That was just me getting wrapped up in details that really didn’t matter. And that’s 100% my problem and something for me to work on.

Delegation is just one of a number of leadership skills – and it’s one I cover in more detail in Module 5 of the Empowered Leadership program. Other modules include the skills of negotiation, conflict transformation, and the essential skill of self-leadership. To learn more, click here to read the full program description.