A few weeks ago, I wrote about the importance of shared meaning for an organization’s success.

This post is about shared meaning’s opposite, the flip side of the coin: fabricated meaning.

Fabricated meaning is when someone takes a particular event or situation and, quite simply, creates a story around it. 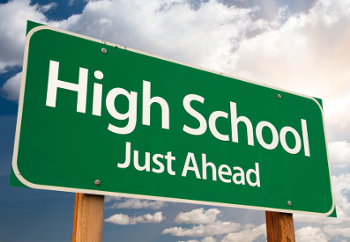 This is perilous is because it’s almost always a negative, destructive story that breaks down relationships and collaborative work rather than fostering them.

Joe habitually parks near the loading-dock door. His colleague Tony seethes with resentment because he can’t load his truck with the supplies he needs to do his job. Tony tells himself the story that Joe doesn’t care, Joe is territorial, Joe is arrogant, authoritarian, and controlling. Joe has no idea why Tony is so sullen and angry, and retreats from the relationship in order to protect himself from what feels like unreasonable antagonism.

The relationship between Joe and Tony – which, because of their shared responsibilities, needs to be collaborative – is strained, silent, and uncommunicative.

But the reality is that these sorts of dramas play out all the time. If you’re honest, you can bring to mind any number of examples in your own life; I know I can!

How do you avoid this in your organization?

This is one of those simple-but-not-easy challenges.

Everyone must take 100% responsibility for creating the change they want to experience.

In the example, neither Tony nor Joe are taking any responsibility for resolving the problem. Tony is stuck in his resentment and his belief that Joe “should” see what’s going on. Joe is baffled by Tony’s attitude and has retreated into defensiveness and hurt feelings.

In a situation like this, both parties need courage and vulnerability (or what I call the courage of vulnerability): the courage to be willing to speak first, because someone must; and the vulnerability to express the truth of what’s happening without accusation or blame.

What typically happens, however, and what did happen in this situation, is that both parties involved believe the other person has to make the first move. Tony’s resentment over Joe not noticing means he’s certain it’s Joe’s responsibility to change (i.e., to notice that he’s blocking access to the loading dock and move his vehicle). Meanwhile, Joe’s confusion over what he sees as Tony’s irrational behavior leads him to believe it’s up to Tony to say why he’s angry.

What would happen if Tony and Joe both took 100% responsibility for resolving the situation?

Tony could start by simply asking Joe to not park so close to the loading dock. Joe could ask Tony why he seems to be so angry. From that starting point, there are multiple ways it could play out.

It sounds simple, doesn’t it?

As long as each of them continue to take 100% responsibility, the resolution is likely to be favorable for them both, though of course – as in any confrontation (or even conversation) – there’s always uncertainty and risk.

Yet if we refuse to take that risk, there’s no uncertainty at all: things will continue to go badly.