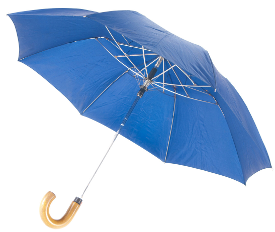 What do they have in common?

Alan Alda is most known for his acting, especially on the long-running TV show M*A*S*H; he’s also an author, speaker, and teacher.

Seth Godin is a marketer, speaker, teacher, and author of, among many others, The Purple Cow.

The ACLU’s Executive Director Anthony Romero is a lawyer and a TED speaker.

You wouldn’t expect to find them brought together under a common umbrella, would you?

And no, that umbrella isn’t “speaker.”

Alda is the founder of the Alda-Kavli Center for Communicating Science at Stony Brook. His recent book, If I Understood You, Would I Have This Look On My Face?, is an engrossing walk through the ways empathy helps scientists and medical professionals communicate with the rest of us – and how he and his colleagues at the Center teach empathy.

Voss, who retired in 2008 after 24 years with the FBI and formed his negotiation consultancy The Black Swan Group, talks about what he calls “tactical empathy” in his recent book Never Split the Difference: negotiating as if your life depended on it.

Godin, who writes a well-known blog as well as his many books, names empathy as an absolute requirement for effective, permission-based marketing.

Romero, recently referred to in a Fast Company article as “the ACLU’s power broker,” knows how important it is to “lead with empathy” when gauging the public’s mood and crafting a message.

It seems that those who have considered empathy to be a “soft” skill more suited to personal relationships than professional, and certainly not having a place in crisis situations and tough negotiations – are wrong.

Meanwhile, many people feel that practicing empathy is, in Alda’s words, “exhausting” and “harder to achieve than we realize.”

But it doesn’t have to be that way.

Empathy can be learned.

And it’s a skill well worth learning.