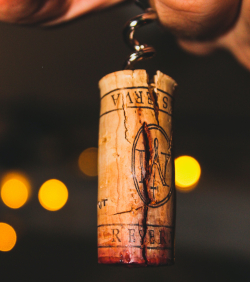 There’s something you want to do.

But you’re not doing it.

(How do I know? Because we all have that in our careers and lives!)

It might even have become a source of serious – or at least mild – frustration.

Why aren’t you doing it?

Let’s ask a few questions. And bear in mind: this is relevant to anything in your life, but since this is a blog about leadership, I’ll be offering examples about career and professional growth.

Do you really need and want to do this thing?

Is this a “should” thing? Is someone else (aside from your boss!) telling you that it’s something you’re “supposed” to do?

Do you really, truly need to do it?

Obviously, if it’s your boss telling you to do it – you probably need to do it. (There are options here, too, but that’s a topic for a different post.)

But if it’s a cultural, societal, or even family expectation, reconsider. If this thing has no meaning for you personally, see what happens if you let go of the expectation. Cross it off your list. You can always put it back on again later if it turns out you really do want to do it.

For instance, maybe your family, your boss, your friends – someone important in your life – is telling you that you “should” aspire to a leadership role. But not everyone wants that, as I discuss here. And that’s okay.

Do you know what this thing is?

Okay. You’ve concluded that you really do want to do the thing.

What IS it? Have you defined it – explicitly, clearly, unambiguously?

Do you know what it looks and feels like to have done the thing?

It’s pretty much impossible to achieve something if it’s only a vague blur in the distance. As I review in the Change Leadership program, defining the objective is essential to achieving it. And that means truly understanding it in detail.

You have career goals. What’s the next one on the list? What will it look and feel like when you’ve achieved it? Is it a promotion – to what role? A new job at a company you admire – which company? what job? And so on.

What’s the next smallest step?

Especially if this thing is a Big Thing, you need to break it down. The biggest failure in planning comes from putting a project on your to-do list instead of a task.

Why do I say next smallest step? Because – again – anything bigger is often too big, and can keep you from starting. If you have half an hour, you need a half-hour-sized task, not a three-hour-sized endeavor. If you have fifteen minutes – you get the picture.

Bite-sized steps, small steps, baby steps: that’s what gets you to the goal, not giant leaps.

Want that promotion? You might be tempted to put “Talk to my boss about what I need to do to get the promotion” on your to-do list. No. The next smallest step is to look at your own calendar, and see what times you have available for a meeting with your boss. Then the next smallest step after that is to actually schedule the meeting. And so on.

These are all separate steps. And you can do each of them in just a few minutes, which makes them ideal for slipping into your day in between meetings and other, larger tasks.

What’s the cork in the bottle?

So much frustration comes from constantly feeling like you “can’t quite get around” to doing the thing you want to do. You know it will advance your career and / or your life, but it remains perpetually juuuust out of reach.

If you’ve done the three previous steps, there’s probably a cork in the bottle.

What do I mean by that?

Your desire for that clearly-defined objective (the thing), and even the next smallest step you can take, is stuck behind something else you’re doing.

Which means you need to clear that “something else” out of the way – take the cork out of the bottle – in order to free yourself to take action on the thing.

You want that promotion, but you’re in the middle of an important project. Or you’re on parental leave. Or you’re intensely busy with kids, caretaking an elderly parent, planning a wedding, or some other big life event.

The cork might be a good thing – parental leave! planning a wedding! – but it’s still a cork. And before you can move ahead with the thing you want to do, the cork has to be removed: the activity or event or project has to be completed.

It's not procrastination. It might be one - or more - of several other things, though. Including ... a cork in the bottle!Click To Tweet

Yes, there are other factors

Big Things that we want to do usually include changes in our career and life. Change is challenging. So if you’ve worked that cork out of the bottle, but you’re still feeling stuck, take a look through the other articles here on Change Leadership.

And note that the cool thing about change leadership skills is that they apply to personal life as well as to our careers!

Interested in learning more? My course Change Leadership: strategies for success could be exactly what you’re looking for. Take a look!