Who makes the decisions in your company? 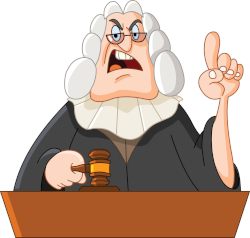 It’s a cultural question, isn’t it?

Hierarchical command-and-control organizations keep decision-making firmly at the top. And that means there’s generally a lack of trust, plus a lack of rank-and-file understanding of, and commitment to, strategic goals and objectives.

This in turn leads to a lack of context for the people doing the work – the people to whom those decisions were handed down.

And that lack of context leads to unfortunate consequences. For instance, when someone’s not clear on the actual desired outcome (which happens when they’re told to “just go do this thing”), the outcome isn’t always what was intended. (For more on this, see Sandwiches or Salad?)

Likewise, without context it’s nearly impossible for anyone to offer suggestions – suggestions which could easily lead to improvements.

Finally, if you’re always handing your decisions down from on high, you’re not developing your leaders. And that is unsustainable, in the short and long term.

Distributed decision-making, on the other hand, is simply more effective, though it does need more thought and care. It requires that you communicate with all your people, so they have the context they need. It requires you to have clearly stated goals and objectives and fully-developed values – and that you walk the talk.

It means you need to develop your first-line and mid-level managers into leaders – which has the delightful added benefit, of course, of having strong succession plans, deep bench strength, and more engaged people – people who will be more likely to stick around for the long term.

And it requires trust, in all directions.

Not easy. Yet so much more rewarding for all concerned.

Yes, there will always be decisions that must be made at the top. But not, perhaps, as many as you might think.

Especially in these days of uncertainty, change, and a distributed workforce, when centralizing your decision-making at the top gets less and less (and less…) effective.

Leaders need support to develop the skills and capacity to make good decisions. Curious about how I can help? Let’s talk.