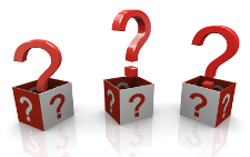 It seems entirely reasonable: someone does something wrong – or at least, not as you’d expect – and you ask, “Why did you do that?”

There’s just one problem with this – just one, but it’s a big one: “why” creates an immediate sense of defensiveness and self-protection.

“Why did you do that?” Feel it for yourself. It carries a strong implication that you screwed up and you’re in trouble.

Even if the person did screw up and is in trouble, asking “why?” is still a bad option. Very simply, defensiveness does not lead to an openness to learning. Instead, it leads to closing down and withdrawing. Any conversation about the situation is likely to be all about how they were right to do what they did, or that it wasn’t really that bad, or that you’re a mean person and a bad manager for criticizing them.

The reality is, this individual did do something wrong, or at least not in the way you’d like them to do it, and it is an issue that needs to be corrected.

Ask “what” questions instead.

“What were you expecting to happen?”

(Try to avoid “What were you thinking?” because, as useful a question as that ought to be, it’s way too associated with the accusation “what WERE you thinking?!”, with the all-too-obvious implication that they weren’t thinking at all.)

“What do you think you might have done differently?”

“What if you had done this?”

One of my clients went this route recently after an employee made a major error in judgement. He reported later that, despite having to exert a lot of self-control not to ask “why,” the “what”-based conversation ended up being far more productive than he expected. In fact, the employee actually answered the “why” question spontaneously, which, again, led to a productive conversation in which both of them learned. Even better, he felt confident that this mistake – and others like it – would not be repeated.

It’s a very natural tendency to ask “why.” For one thing, you probably really want to know!

But if you take the “what” route, you’ll discover “why” along the way – AND you’ll have a far greater opportunity to teach and coach them into doing better next time – just as my client did.

Which will make both of you a whole lot happier.