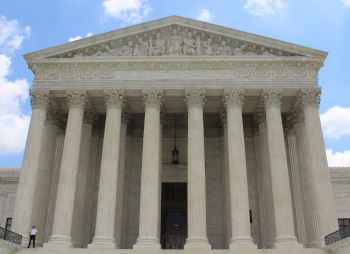 Many years ago when I was in college, I went with a friend to her abortion appointment. I cannot imagine what her life would have been like – hers and her boyfriend’s, who was 100% supportive – if she hadn’t been able to get an abortion.

Much more recently, a young woman I know got an abortion, under circumstances I’ll keep private for her sake and her family’s. Once again, I can’t imagine what might have happened and where that child might have ended up if she hadn’t been able to get an abortion.

So let’s just start with this: the Supreme Court’s decision to overturn Roe v. Wade is horrific for a huge number of reasons, from the obvious to the more nuanced.

And from a leadership perspective, it’s something you can’t ignore.

You’re probably going to have some on your team whose ability to focus and be productive is – let’s just say really, really low right now. And yes, that includes you.

If you do have people on both sides of the situation, given the types of debate I’ve seen on LinkedIn and Facebook, you’re probably going to want to make sure debate is discouraged. It will be destructive, and team coherence and productivity will have a hard time recovering. This is highly charged and emotional, and I’ve seen people say and write things that can’t be unsaid, unwritten, unheard, unseen. Is it hard to ask adults to not discuss something so momentous? Yes. Craft your message carefully, emphasizing that this is about being able to work together effectively going forward. You could also mention that opinions are unlikely to be changed by anything anyone might say.

A big challenge, of course, is how to manage empathy and care for those who are deeply upset, angry, and fearful about the decision, while not alienating those who are celebrating.

And yes, it’s hard to be non-judgmental about the happy ones. I’ve had to delete any number of words, sentences, and whole paragraphs in writing this article, and I have the luxury of time to think, review, and delete. In talking with your team, you don’t have that kind of space. But you do have the option of taking a few breaths and pausing before you respond to someone. You also have the option to decline to respond at all to whatever they may have said.

Things you need to know

All that said, here are things you need to know – and if you don’t know, find out. These are things your employees are likely to be asking about, and supporting them effectively means knowing the answers ahead of time.

What is your state doing?

What is your company’s position on the decision?

Have they made a statement, publicly and / or internally? If so, what is it, and do you fully understand it?

What policies are in place to support employees?

This includes all the things that you’ve read about companies offering: paying for travel, mental health support, and so on. It also includes how this type of support, if offered, will be kept private.

And if no such support is being offered, see if you can find out why, so you can explain it if and when someone asks.

Things you can do

Many companies have employee resource groups (ERGs) that should be prepared – or preparing – to facilitate constructive discussion. Don’t have any? Now is probably not the time to scramble and start one; it will be too late to be effective and, when assembled hastily and without previous experience working together, could well devolve into the kind of destructive debate I mentioned above.

As I mentioned, there will be some people whose ability to focus is – let’s just say, low. As much as you can, be flexible and give them some time.

At the same time, though, remember that sometimes having a deadline, something that needs attention, can be helpful to remove focus from the doom-and-gloom feelings. You know your people; manage accordingly.

You too need support! The first-line manager – and let’s face it, leaders at any level – are in the difficult position of having to support their people, respond to their boss, and possibly support and respond to their peers as well.

What do you need, and how can you give it to yourself or request it from others?

We live in … interesting times

There’s an ancient curse: “May you live in interesting times.”

Well, folks, we’re there. It seems like it’s just One Thing After Another, and as I commented to someone earlier this morning, the weight of it all just keeps increasing.

It’s hard. I’m not going to offer any “hang in there” platitudes; I’m just going to say, it’s hard.

Do what you can. Don’t think you “should” be doing more. Don’t compare yourself, your capacity, or your experience to anyone else’s – and don’t compare theirs to yours.

Also: vote. Even if you think it won’t make a difference, vote anyway. And vote in your local town, city, and state elections as well as in the national elections. Local elections matter.