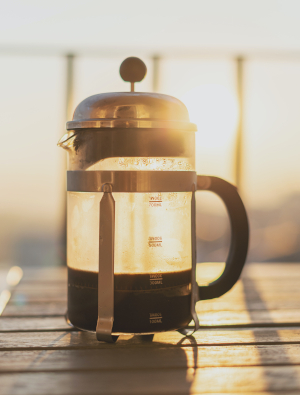 The office isn’t a place to go to work. It’s a tool to be used for work.

You wouldn’t use a hammer to make your coffee, any more than you’d use your French press coffeemaker to drive a nail.

When we stop thinking about the office as “a place where we work,” but instead look at it as “a tool to enable certain types of work,” the whole conversation changes.

What types of work?

Not mandatory social gatherings. Not so-called “team building” exercises. Not a place to get a free sandwich because you’ve made the commute. Not a an enabler of presenteeism or to avoid productivity paranoia. Not arbitrary “we need everyone in the office because we think [meaning: have an opinion] that it’s better for teams.” (That “opinion” is usually a reflection of presenteeism and productivity paranoia.) And not left “up to the individual manager,” which only adds to the manager’s stress.

I can’t tell you exactly what this means in your company. Only you can decide that.

And deciding means being thoughtful, not reflexively defaulting to “everyone in the office for a meeting.” (For one thing, many meetings should be emails!)

Here’s the thing: when you look at the office as a tool, not only does the whole conversation change…

The manager’s role changes, too.

Because now, in most cases, they are the ones having to decide, design, and plan.

It’s a new skill-set. A skill-set that most people in most companies don’t have.

But one well worth learning, and one which, in reality, would have been useful a long time ago.

I highly recommend Priya Parker‘s work on Gathering for more on all types of, well, gatherings, social as well as professional. Her article on “The Art of Hybrid Gathering” is a beautiful description of how hybrid can work better – yes, better – than in person.

Leaders and managers need a lot of new skills for today’s workplace – and a grounding in foundational skills. Let’s talk about the value of an end-to-end leadership / management development plan.