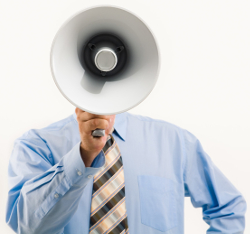 What I’m about to say will seem really obvious. Bear with me, please.

As I teach in my change leadership programs, effectively communicating change to those responsible for making it happen is crucial for success.

Or it should be. The problem, however, lies in the fact that by the time the change initiative is ready to be rolled out, the people responsible for communicating what needs to happen have been living with it for a long time – at least weeks, sometimes months. They’ve designed it, mapped it out, reviewed it, budgeted it, timelined it, risk-assessed it, and are generally pretty well over it.

They know the what, why, and how inside-out, backwards, sideways, and upside-down.

They’d probably never admit it, but they’re just a wee bit bored with it.

They’re ready to move on to the next Thing.

And because they’re so familiar with it, and so ready to have it in the rear-view mirror, they assume people know more about it than they actually do, and they skimp on communicating what’s going on.

Which, of course, leads to confusion, lack of engagement, uncertainty, disinterest, potentially fear (“what’s happening? do they even know what they’re doing? what will happen to my job? will I even have a job?” and so on) – and could result in partial or complete failure of the initiative.

Failure that’s so very avoidable by simply not assuming that anyone knows anything at all about the plans, expectations, or desired results.

Even if you think you’ve told everyone everything, you probably haven’t – or you haven’t told them often enough, in enough different ways.

So if you’re leading a change initiative – whether in your business, with your team, at home with your family – choose right now to OVERcommunicate.

Projects don’t fail because people know too much about what’s happening.